Dancing in My Nuddy-Pants: Even Further Confessions of Georgia Nicolson (Paperback) 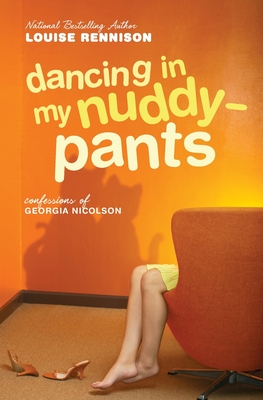 This is book number 4 in the Confessions of Georgia Nicolson series.

Georgia thought she had put her "red-bottomosity" to rest when she finally chose Robbie the Sex God over Dave the Laugh. Anyway, Dave the Laugh is now dating her friend Ellen (which didn't stop Georgia from snogging him at a party...)

But when Dave breaks up with Ellen and the Sex God is never around, Georgia doesn't know what to do! As always, in Georgia's life, nothing ever turns out as planned!

“The irrepressible Georgia is back, and that’s cause for celebration.” — KLIATT

“The fourth entry into Georgia Nicolson’s diary is as loopy and laugh filled as ever.” — Booklist

“This one will fly off the shelves.” — VOYA