Away Laughing on a Fast Camel: Even More Confessions of Georgia Nicolson (Paperback) 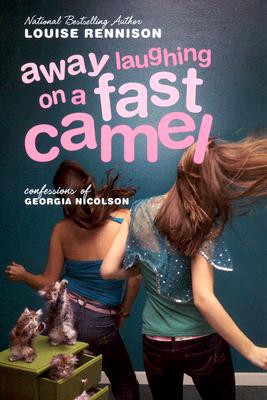 This is book number 5 in the Confessions of Georgia Nicolson series.

The Sex God has left the country, taking Georgia's heart with him. So she decides to display glaciosity to all boys -- a girl can only have her heart broken so many times.

Until she meets Masimo, the new singer for the Stiff Dylans. The Sex God is gone, but here comes the Dreamboat, and Georgia's away laughing on a fast camel (whatever that means).

“Rennison has once again captured the more hilarious elements of the teen experience.” — BookPage

“Inspired silliness. Reading about the highs and lows of Georgia’s life is a giddy delight.” — KLIATT (starred review)

“Georgia’s many fans will cheer her return in this fifth book.” — Horn Book Magazine

“Will have readers laughing out loud and looking for more.” — School Library Journal