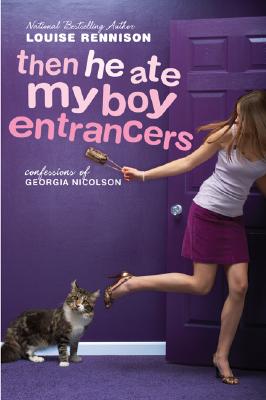 By Louise Rennison
$10.99
Email or call for price.

This is book number 6 in the Confessions of Georgia Nicolson series.

Georgia and Jas are off to Hamburger-a-gogo land! Georgia plans to track down Masimo, the Italian-American dreamboat, but after a long week in America, she only succeeds in learning importantish things -- like how to ride a bucking bronco. Will Georgia reel in the Italian dreamboat? Or is she destined to live forever all aloney on her owney?