The Burglar in the Library (Bernie Rhodenbarr #8) (Mass Market) 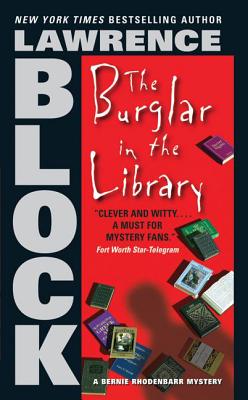 This is book number 8 in the Bernie Rhodenbarr series.

Bookseller and New-Yorker-to-the-bone, Bernie Rhodenbarr rarely ventures out of Manhattan, but he's excited about the romantic getaway he has planned for himself and current lady love Lettice at the Cuttleford House, a remote upstate b&b. Unfortunately, Lettice has a prior engagement—she's getting married . . . and not to Bernie—so he decides to take best buddy Carolyn instead. A restful respite from the big city's bustle would be too good to waste. Besides, there's a very valuable first edition shelved in the Cuttleford's library that Bernie's just itching to get his hands on. Did we neglect to mention that Bernie's a burglar?

But first he's got to get around a very dead body on the library floor. The plot's thickened by an isolating snowstorm, downed phone lines, the surprise arrival of Lettice and her reprehensible new hubby, and a steadily increasing corpse count. And it's Bernie who'll have to figure out whodunit . . . or die.