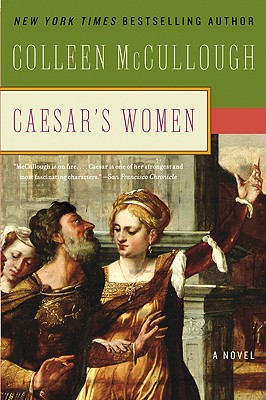 This is book number 4 in the Masters of Rome series.

His victories were legend—in battle and bedchamber alike. Love was a political weapon he wielded cunningly and ruthlessly in his private war against enemies in the forum. Genius, general, patrician, Gaius Julius Caesar was history. His wives bought him influence. He sacrificed his beloved daughter on the altar of ambition. He burned for the cold-hearted mistress he could never dare trust. Caesar's women all knew—and feared—his power. He adored them, used them, destroyed them on his irresistible rise to prominence. And one of them would seal his fate.

Colleen McCullough is the author of The Thorn Birds, Tim, An Indecent Obsession, A Creed for the Third Millennium, The Ladies of Missalonghi, The First Man in Rome, The Grass Crown, Fortune's Favorites, Caesar's Women, Caesar, and other novels. She lives with her husband on Norfolk Island in the South Pacific.