The King's Daughter: A Novel (Paperback) 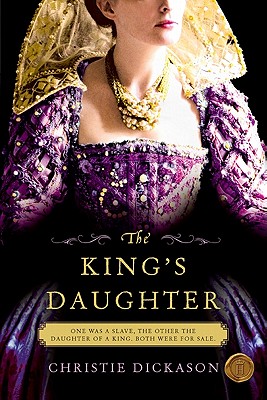 “[An] epic story of royal secrets and love.” — Publishers Weekly

In the vein of Philippa Gregory, The King’s Daughter is a superb historical novel of the Jacobean court that will thrill historical fiction fans everywhere. Combining fascinating fact with ingenious fiction, Christie Dickason, the acclaimed author of The Firemaster’s Mistress, tells the spellbinding story of Princess Elizabeth, daughter of James I, and her determined efforts to avoid becoming her father’s pawn in the royal marriage market.

The court of James I is a dangerous place, with factions led by warring cousins Robert Cecil and Francis Bacon. While Europe seethes with conflict between Protestants and Catholics, James sees himself as a grand peacemaker—and wants to make his mark by trading his children for political treaties.

Henry, Prince of Wales, and his sister, Elizabeth, find themselves far more popular than their distrusted father, a perilous position for a child of a jealous king. When Elizabeth is introduced to one suitor, Frederick, the Elector Palatine, she feels the unexpected possibility of happiness. But her fate is not her own to choose—and when her parents brutally withdraw their support for the union, Elizabeth must take command of her own future, with the help of an unexpected ally, the slave girl Tallie, who seeks her own, very different freedom.

Christie Dickason, Harvard-educated, is a former theater director and choreographer with the Royal Shakespeare Company. She is the author of The Firemaster's Mistress and lives in London with her family.

“[An] epic story of royal secrets and love. . . . With a delightful touch, Dickason immerses readers into a difficult period of English history. Her Elizabeth is a powerful, compelling character, equal parts vulnerability and nobility . . . Fans of historical novels will enjoy.” — Publishers Weekly