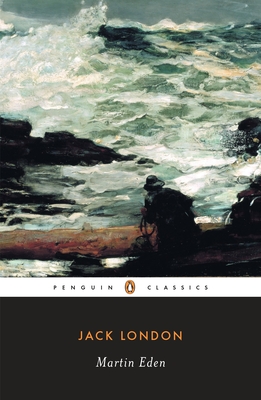 By Jack London, Andrew Sinclair (Introduction by)
$18.00
Usually arrives at our store within 4-7 days

Jack London's semiautobiographical critique of individualism that touches on contemporary issues like socialism and mental illness, soon to be a major motion picture

The semiautobiographical Martin Eden is the most vital and original character Jack London ever created. Set in San Francisco, this is the story of Martin Eden, an impoverished seaman who pursues, obsessively and aggressively, dreams of education and literary fame. London, dissatisfied with the rewards of his own success, intended Martin Eden as an attack on individualism and a criticism of ambition; however, much of its status as a classic has been conferred by admirers of its ambitious protagonist. Andrew Sinclair's wide-ranging introduction discusses the conflict between London's support of socialism and his powerful self-will. Sinclair also explores the parallels and divergences between the life of Martin Eden and that of his creator, focusing on London's mental depressions and how they affected his depiction of Eden.

Jack London (1876–1916) was born John Chaney in Pennsylvania, USA. In 1896 he was caught up in the gold rush to the Klondike river in north-west Canada, which became the inspiration for The Call of the Wild (1903) and White Fang (1906). Jack London became one of the most widely read writers in the world.