The War with Hannibal: Books XXI-XXX of The History of Rome from Its Foundation (Paperback) 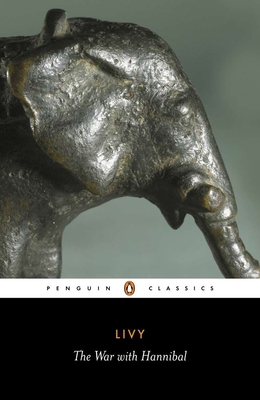 In The War with Hannibal, Livy chronicles the events of the Second Punic War between Rome and Carthage, until the Battle of Zama in 202 BC. He vividly recreates the immense armies of Hannibal, complete with elephants, crossing the Alps; the panic as they approached the gates of Rome; and the decimation of the Roman army at the Battle of Lake Trasimene. Yet it is also the clash of personalities that fascinates Livy, from great debates in the Senate to the historic meeting between Scipio and Hannibal before the decisive battle. Livy never hesitates to introduce both intense drama and moral lessons into his work, and here he brings a turbulent episode in history powerfully to life.

Titus Livius (59 BC-AD 17) began working on his History of Rome at the age of 30 and continued for over 40 years until his death. The history ran to 142 books, of which 35 survive.

Betty Radice (1912-1985) read classics at Oxford, then married and, in the intervals of bringing up a family, tutored in classics, philosophy and English. She became joint editor of the Penguin Classics in 1964. As well as editing the translation of Livy’s The War with Hannibal she translated Livy’s Rome and Italy, Pliny’s Letters, The Letters of Abelard and Heloise and Erasmus’s Praise of Folly, and also wrote the introduction to Horace’s Complete Odes and Epodes, all for the Penguin Classics. She also edited Edward Gibbon’s Memoirs of My Life for the Penguin English Library, and edited and annotated her translation of the younger Pliny’s works for the Loeb Library of Classics and translated from Renaissance Latin, Greek and Italian for the Officina Bodoni of Verona. She collaborated as a translator in the Collected Works of Erasmus, and was the author of the Penguin Reference Book Who’s Who in the Ancient World. Radice was an honorary fellow of St Hilda’s College, Oxford, and a vice-president of the Classical Association.