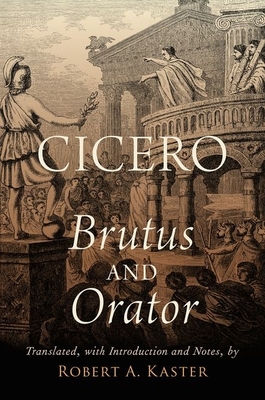 Cicero's Brutus and Orator constitute his final major statements on the history of Roman oratory and the nature of the ideal orator. In the Brutus he traces the development of political and judicial speech over the span of 150 years, from the early second century to 46 BCE, when both of these
treatises were written. In an immensely detailed account of some 200 speakers from the past he dispenses an expert's praise and criticism, provides an unparalleled resource for the study of Roman rhetoric, and engages delicately with the fraught political circumstances of the day, when the dominance
of Julius Caesar was assured and the future of Rome's political institutions was thrown into question. The Orator written several months later, describes the form of oratory that Cicero most admired, even though he insists that neither he nor any other orator has been able to achieve it. At the same
time, he defends his views against critics -- the so-called Atticists -- who found Cicero's style overwrought. In this volume, the first English translation of both works in more than eighty years, Robert Kaster provides faithful and eminently readable renderings, along with a detailed introduction that places the works in their historical and cultural context and explains the key stylistic concepts and
terminology that Cicero uses in his analyses. Extensive notes accompany the translations, helping readers at every step contend with unfamiliar names, terms, and concepts from Roman culture and history.