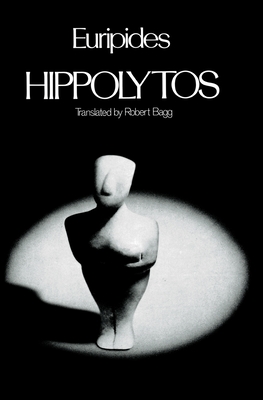 In most versions of the Hippolytos myth, Phaidra is depicted as an utterly debauched character, a woman reduced to shamelessness by the power of Aphrodite. In Euripides' Hippolytos, however--informed by the playwright's moral and religious fascination--we find a Phaidra resisting the goddess
of love with all her strength, though in the end unsuccessfully. Phaidra becomes a tragic foil for Hippolytos, making his superhuman virtue at once believable and understandable.
Robert Bagg's profound translation of this Euripidean masterpiece is idiomatic, natural, and intensely lyrical, designed not only to be read but performed. Unlike most versions, Bagg's Hippolytos sustains the dramatic tome and dynamics to the very end--even after Phaidra's death--and the moving
scenes between Hippolytos and Theseus, and later Hippolytos' death-scene with Artemis, receive here unprecedented plausibility and power.

Robert Bagg is a recipient of the Prix de Rome for poetry and is author of critical studies of Sappho and Catallus.