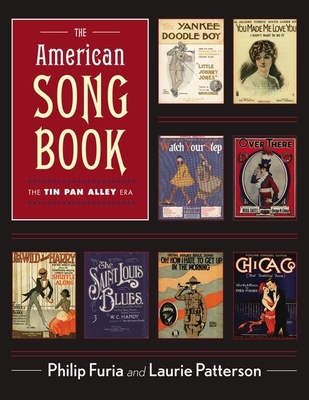 The American Song Book, Volume I: The Tin Pan Alley Era is the first in a projected five-volume series of books that will reprint original sheet music, including covers, of songs that constitute the enduring standards of Irving Berlin, Jerome Kern, the Gershwins, and other lyricists and composers of what has been called the "Golden Age" of American popular music. These songs have done what popular songs are not supposed to do-stayed popular. They have been reinterpreted year after year, generation after generation, by jazz artists such as Charlie Parker and Art Tatum, Ella Fitzgerald and Louis Armstrong. In the 1950s, Frank Sinatra began recording albums of these standards and was soon followed by such singers as Tony Bennet, Doris Day, Willie Nelson, and Linda Ronstadt. In more recent years, these songs have been reinterpreted by Rod Stewart, Harry Connick, Jr., Carly Simon, Lady GaGa, K.D. Laing, Paul McCartney, and, most recently, Bob Dylan. As such, these songs constitute the closest thing America has to a repertory of enduring classical music. In addition to reprinting the sheet music for these classic songs, authors Philip Furia and Laurie Patterson place these songs in historical context with essays about the sheet-music publishing industry known as Tin Pan Alley, the emergence of American musical comedy on Broadway, and the "talkie" revolution that made possible the Hollywood musical. The authors also provide biographical sketches of songwriters, performers, and impresarios such as Florenz Ziegfeld. In addition, they analyze the lyrical and musical artistry of each song and relate anecdotes, sometimes amusing, sometimes poignant, about how the songs were created. The American Songbook is a book that can be read for enjoyment on its own or be propped on the piano to be played and sung.

Philip Furia has written several books on American popular song, including biographies of Ira Gershwin, Irving Berlin, and Johnny Mercer. His work has been praised in The New York Times, The Atlantic Monthly, and other publications, and he has been interviewed on Larry King Live, Fresh Air, A & E's Biography, and other national and international radio and television programs. Laurie Patterson is co-authored with Philip Furia of The Songs of Hollywood. Her other publications have centered around her research on gender and technology.