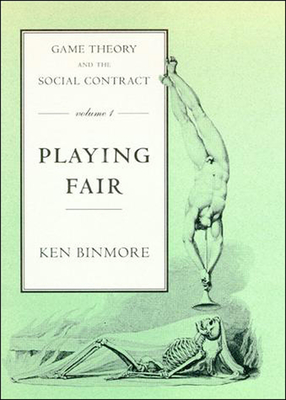 In Game Theory and the Social Contract, Ken Binmore argues that game theory provides a systematic tool for investigating ethical matters. His reinterpretation of classical social contract ideas within a game-theoretic framework generates new insights into the fundamental questions of social philosophy. He clears the way for this ambitious endeavor by first focusing on foundational issues—paying particular attention to the failings of recent attempts to import game—theoretic ideas into social and political philosophy. Binmore shows how ideas drawn from the classic expositions of Harsanyi and Rawls produce a synthesis that is consistent with the modern theory of noncooperative games. In the process, he notes logical weaknesses in other analyses of social cooperation and coordination, such as those offered by Rousseau, Kant, Gauthier, and Nozick. He persuasively argues that much of the current literature elaborates a faulty analysis of an irrelevant game. Game Theory and the Social Contract makes game-theoretic ideas more widely accessible to those with only a limited knowledge of the field. Instructional material is woven into the narrative, which is illustrated with many simple examples, and the mathematical content has been reduced to a minimum.

Ken Binmore is Emeritus Professor at University College London. A Fellow of the Econometric Society and the British Academy, he is the author of Game Theory and the Social Contract, Volume 1: Playing Fair (1994) and Volume 2: Just Playing (1998), and the coeditor of Frontiers of Game Theory (1993), all three published by The MIT Press.