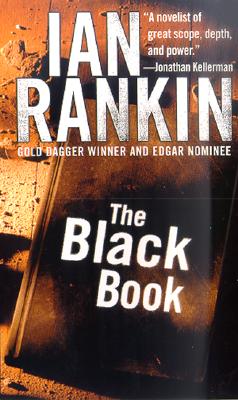 Five years ago, a mysterious fire burned Edinburgh's seed Central Hotel to ashes. Long-forgotten and unsolved, the case reappears when a charred body--with a bullet in its head--is found amongst the ruins. Inspector John Rebus knows that his superiors would rather he let sleeping dogs lie. He knows that part of the answer lies somewhere in a cryptic black notebook. Ane he knows that to solve the case, he'll have to peel back layer upon layer of unspeakable secrets to arrive at the truth. . .

Ian Rankin is the worldwide #1 bestselling writer of the Inspector Rebus mysteries, including "Knots and Crosses," "Hide and Seek," "Let It Bleed," "Black and Blue," "Set in Darkness," "Resurrection Men," "A Question of Blood," "The Falls" and "Exit Music." He has won an Edgar Award, a Gold Dagger for fiction, a Diamond Dagger for career excellence, and the Chandler-Fulbright Award. He has been elected a Hawthornden Fellow, and received the Order of the British Empire (OBE) for his contributions to literature. He graduated from the University of Edinburgh in 1982. He lives in Edinburgh, Scotland, with his wife and their two sons.

"With this latest action-packed adventure of Edinburgh's Inspector John Rebus, Rankin steps into the company of accomplished fellow British procedural writers John Harvey and Peter Turnbull." --Publishers Weekly (Starred Review) "Thick and zesty as a bottomless bowl of Scotch broth. ...Rebus ... shines right down to the nasty surprise on the last page."--Kirkus Reviews "No one captures the noirish side of the city as well as Rankin."
--Sunday Telegraph "Ian Rankin joins the elite of British crime writing."
--Marcel Berlins, The Times