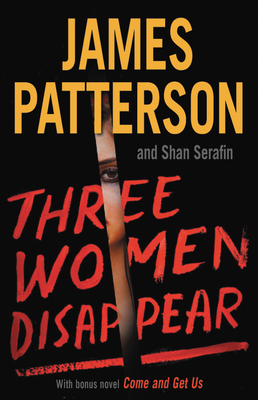 By James Patterson, Shan Serafin
$28.00
On Our Shelves Now

A man is murdered in his home. Sarah, his personal chef. Anna, his wife. Serena, his maid, all had access. Now all three women are missing.

Eyes are on Detective Sean Walsh, whose personal connection to the case is stronger than the leads to solve it. Neither the powerful bankroll behind the deceased, mob accountant Anthony Costello, nor Walsh's vengeful superior officer can budge the investigation. Yet as Walsh continues to dig, he uncovers even more reasons the women have to stay hidden -- from the law, and from each other.

James Patterson is the world's bestselling author. The creator of Alex Cross, he has produced more enduring fictional heroes than any other novelist alive. He lives in Florida with his family.
Shan Serafin is a novelist and film director whose works include Seventeen, The Forest, and The Believer. His collaborations with James Patterson include The 13-Minute Murder.