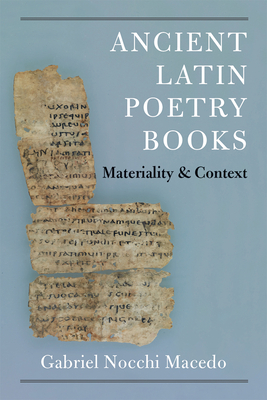 Before the invention of printing, all forms of writing were done by hand. For a literary text to circulate among readers, and to be transmitted from one period in time to another, it had to be copied by scribes. As a result, two copies of an ancient book were different from one another, and each individual book or manuscript has its own history. The oldest of these books, those that are the closest to the time in which the texts were composed, are few, usually damaged, and have been often neglected in the scholarship. Ancient Latin Poetry Books presents a detailed study of the oldest manuscripts still extant that contain texts by Latin poets, such as Virgil, Terence, and Ovid. Analyzing their physical characteristics, their script, and the historical contexts in which they were produced and used, this volume shows how manuscripts can help us gain a better understanding of the history of texts, as well as of reading habits over the centuries. Since the manuscripts originated in various places of the Latin-speaking world, Ancient Latin Poetry Books investigates the readership and reception of Latin poetry in many different contexts, such schools in the Egyptian desert, aristocratic circles in southern Italy, and the Christian élite in late antique Rome. The research also contributes to our knowledge about the use of writing and the importance of the written text in antiquity. This is an innovative approach to the study of ancient literature, one that takes the materiality of texts into consideration.