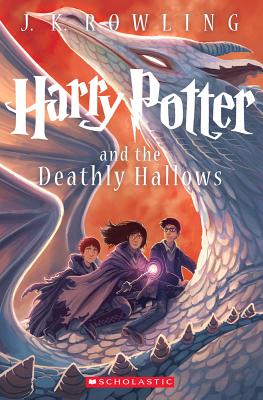 This is book number 7 in the Harry Potter series.

This special edition of HARRY POTTER AND THE DEATHLY HALLOWS has a gorgeous new cover illustration by Kazu Kibuishi. Inside is the full text of the original novel, with decorations by Mary GrandPré.We now present the seventh and final installment in the epic tale of Harry Potter.