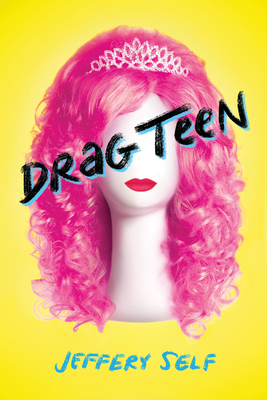 JT feels like his life's hit a dead end. It looks like he'll always be stuck in Florida. His parents are anti-supportive. And his boyfriend, Seth, seems to be moving toward a bright future a long way from home.Scholarship money is nonexistent. After-school work will only get JT so far. There's only one shot for him -- to become the next Miss Drag Teen in New York City.The problem with that? Well, the only other time JT tried drag (at a school talent show), he was booed off the stage. And it's not exactly an easy drive from Florida to New York.But JT isn't going to give up. He, Seth, and their friend Heather are going to drag race up north so JT can capture the crown, no matter how many feisty foes he has to face. Because when your future is on the line, you have to be in it to win it, one fraught and fabulous step at a time.

Jeffery Self is a writer, actor, and vlogger. If his face is familiar, it may be because he’s appeared in numerous films and television shows, including 30 Rock, Desperate Housewives, and 90210. Or you're one of the millions of people who've viewed him on YouTube. Or you used to date him, or sit behind him in bio class. Drag Teen was his first YA novel.
For more about Jeffery, check him out on Twitter at @JefferySelf and online at jefferyself.tumblr.com and www.youtube.com/user/JefferySelf.

* "If there is a hint of Cinderella in this charming story, it’s Cinderella in a well-realized real-world setting with appropriate ups and downs, joys and sorrows." -- Booklist, starred review