To The Gates Of Richmond: The Peninsula Campaign (Paperback) 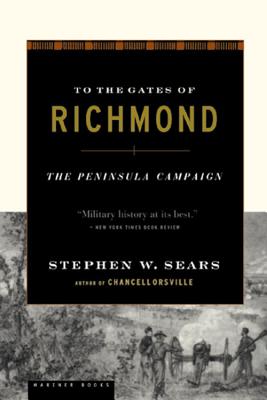 To the Gates of Richmond charts the Peninsula Campaign of 1862, General George McClellan’s grand scheme to march up the Virginia Peninsula and take the Confederate capital. For three months McClellan battled his way toward Richmond, but then Robert E. Lee took command of the Confederate forces. In seven days, Lee drove the cautious McClellan out, thereby changing the course of the war. Intelligent and well researched, To the Gates of Richmond vividly recounts one of the bloodiest battles of the Civil War.

STEPHEN W. SEARS is the author of many award-winning books on the Civil War, including Gettysburg and Landscape Turned Red. A former editor at American Heritage, he lives in Connecticut.,