Cinematic Shakespeare (Genre and Beyond: A Film Studies) (Hardcover) 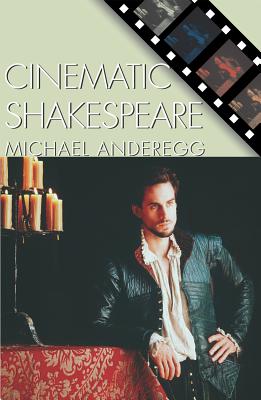 Cinematic Shakespeare takes the reader inside the making of a number of significant adaptations to illustrate how cinema transforms and re-imagines the dramatic form and style central to Shakespeare's imagination. Cinematic Shakespeare investigates how Shakespeare films constitute an exciting and ever-changing film genre. The challenges of adopting Shakespeare to cinema are like few other film genres. Anderegg looks closely at films by Laurence Olivier (Richard III), Orson Welles (Macbeth), and Kenneth Branagh (Hamlet) as well as topics like 'Postmodern Shakespeares' (Julie Taymor's Titus and Peter Greenaway's Prospero's Books) and multiple adaptations over the years of Romeo and Juliet. A chapter on television looks closely at American broadcasting in the 1950s (the Hallmark Hall of Fame Shakespeare adaptations) and the BBC/Time-Life Shakespeare Plays from the late 70s and early 80s.

Michael Anderegg is professor of English and film studies at the University of North Dakota. He is the author of William Wyler (1979), David Lean (1982), and the editor of Inventing Vietnam (1991). His most recent book is Orson Welles, Shakespeare, and Popular Culture (1999).