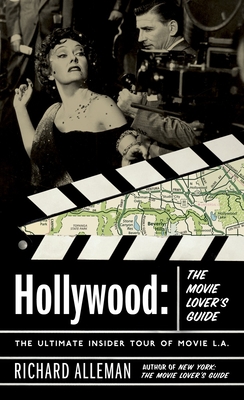 By Richard Alleman
$17.99
On Our Shelves Now

The classic guide to who-did-what-where in Los Angeles, on- and off-screen, including:

Taking movie lovers behind the gates of the exclusive, often hidden world of Tinsel Town, Hollywood: The Movie Lover's Guide is the ultimate insider's guide to L.A.'s reel attractions.

RICHARD ALLEMAN, a longtime contributing editor at Travel + Leisure magazine, is a former travel editor of Vogue, where he is still a frequent contributor on travel and entertainment. Currently living in New York City, he has carried on a love affair with Los Angeles, where he lived for several years as an actor and writer.