The Nuremberg Trials: The Nazis and Their Crimes Against Humanity (Hardcover) 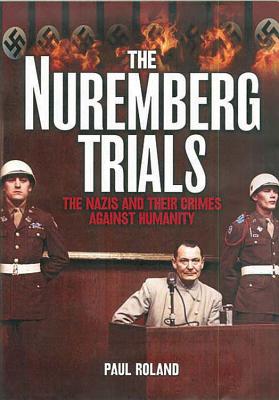 The Nuremberg War Crimes Trials began on 20 November 1945 and ended on 13 April 1949. At the first trial, twenty-four leading Nazis were indicted. This book will include extracts from the trial transcripts and testimony including dramatic cross-examinations as the accused come face to face with their accusers as well as contemporary news reports and extracts from interviews with the accused conducted by American psychologist Leon Goldensohn while they were awaiting trial. Anyone wishing to understand the nature of evil can do no better than look within the pages of this book. The Nazis were a vile collection of criminals, thugs, misfits, sadists, and petty bureaucrats bound together only by their philosophy of hate and their love of plunder. The stronger their stranglehold on power, the more monstrous their crimes.

But when Hitler's thousand-year Reich collapsed after twelve years of increasing repression, how were those responsible to be punished? Hitler, Himmler and Goebbels took their own lives to evade justice, but that still left the unrepentant Hermann Goering, Albert Speer, Hitler's one-time Deputy Fuhrer Rudolph Hess and many other prominent Nazis to be brought before the Allied courts. This is the story of the Nuremberg Trials—the most important criminal hearings ever held, which established the principle that individuals will always be held responsible for their actions under international law, and which brought closure to World War II, allowing the reconstrution of Europe to begin.