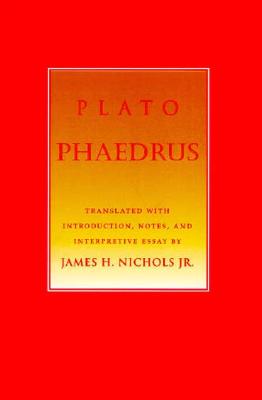 With a masterful sense of the place of rhetoric in both thought and practice and an ear attuned to the clarity, natural simplicity, and charm of Plato's Greek prose, James H. Nichols, Jr., offers a precise yet unusually readable translation of one of the great Platonic dialogues on rhetoric. Featuring some of Plato's most soaringly lyrical passages, the Phaedrus investigates the soul's erotic longing and its relationship to the whole cosmos, as well as inquiring into the nature of rhetoric and the problem of writing.Nichols's attention to dramatic detail brings this dialogue to life. Plato's striking variety in conversational address (names and various terms of relative warmth and coolness) is carefully reproduced, as is alteration in tone and implication even in the short responses. The translation renders references to the gods accurately and non-monotheistically for the first time, and includes a fascinating variety of oaths and invocations. Nichols believes that Plato's thought on rhetoric has been largely misunderstood, and he uses his translation as an opportunity to reconstruct the classical position on right relations between thought and public activity.