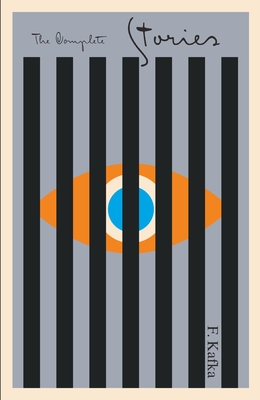 The Complete Stories brings together all of Kafka’s stories, from the classic tales such as “The Metamorphosis,” “In the Penal Colony,” and “A Hunger Artist” to shorter pieces and fragments that Max Brod, Kafka’s literary executor, released after Kafka’s death. With the exception of his three novels, the whole of Kafka’s narrative work is included in this volume.

Franz Kafka was born in 1883 in Prague, where he lived most of his life. During his lifetime, he published only a few short stories, including “The Metamorphosis,” “The Judgment,” and “The Stoker.” He died in 1924, before completing any of his full-length novels. At the end of his life, Kafka asked his lifelong friend and literary executor Max Brod to burn all his unpublished work. Brod overrode those wishes.

“[Kafka] spoke for millions in their new unease; a century after his birth, he seems the last holy writer, and the supreme fabulist of modern man’s cosmic predicament.”
—from the Foreword by John Updike

“The distinction Kafka, or his heroes, draw between this world and the world does not imply that there are two different worlds, only that our habitual conceptions of reality are not the true conception.”
—W. H. Auden