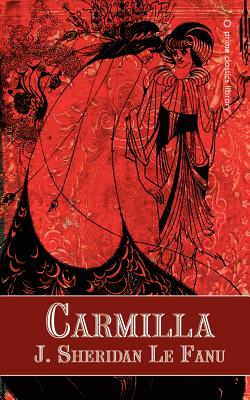 "This classic gothic novella is one that definitely deserves more attention. Not only did it inspire Dracula, but the whole of vampire lore. It also features two female main characters who are positively infatuated with each other.

recommended if you like: Gothic lit, queer women longing for each other"

Carmilla is an 1872 Gothic novella by Irish author Joseph Sheridan Le Fanu and one of the early works of vampire fiction, predating Bram Stoker's Dracula (1897) by 26 years.

First published as a serial in The Dark Blue (1871-72), the story is narrated by a young woman preyed upon by a female vampire named Carmilla, later revealed to be Mircalla, Countess Karnstein (Carmilla is an anagram of Mircalla). The character is a prototypical example of the lesbian vampire, expressing romantic desires toward the protagonist.

The novella notably never acknowledges homosexuality as an antagonistic trait, leaving it subtle and relatively unmentioned. The story is often anthologized and has been adapted many times in film and other media.