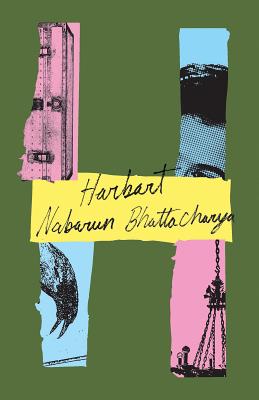 By Nabarun Bhattacharya, Sunandini Banerjee (Translated by), Siddharta Deb (Introduction by)
$13.95
On Our Shelves Now

Poor, poor, hard-luck Herbert Sarkar: born into a fancy Calcutta family but cursed from birth (his philandering movie director father is killed in a car crash and his mother dies soon after, when he’s still just a baby), he is taken as an orphan into his uncle’s house, only to fall further and further down the family totem pole. Despite good looks (“Hollywood-ish, Leslie Howard-ish)” and native talents, he is scorned by all but his kind aunt. Poor Herbert: so lovable but so little loved. Cheated of his inheritance, living on the roof in cast-off clothing, he pines for love, but all is woe: his own nephews beat him up.

At twenty, however, he suddenly seems to possess the gift of speaking with the dead. Herbert is bathed in glory. From less than zero to starry heights—what an apotheosis. The wheel of fortune turns again, all too soon...

NABARUN BHATTACHARYA (1948–2014) was an Indian Bengali writer who was committed to a revolutionary and radical aesthetics. He was the only child of the acclaimed actor and playwright Bijon Bhattacharya and the writer and activist Mahashweta Devi. The author of a dozen major novels, the most famous of which is Herbert, he was also a poet.

SUNANDINI BANERJEE is the chief editor and senior designer of Seagull Books.

What is needed [now] is a kind of novel that attends to how society is being organized by certain vested interests; a novel that goes to the heart—rather, goes for the jugular—of the economic system itself. Harbart is prophetic of this tradition to come.
— 4Columns

Harbart is a haunted man—a victim-participant in the forward march of capitalism and of the impetus to assign significance to the pointlessness and chaos of material existence. Banerjee’s acrobatic translation is both enormously fun and true to the radical content.
— Asymptote

Harbart reads like Rainer Maria Rilke’s Notebooks of Malte Laurids Brigge set in Calcutta. Featuring a young man with an open channel to the dead who drinks and grieves to excess, it is a mosaic of manic and immersive episodes. It is a spinning drunken stumble through a city that feels menacingly sensual.

Often described as a ‘magic realist’ and compared with Bulgakov, Mr. Bhattacharya won the Sahitya Akademi award for Herbert, which many critics have called anarchic. He relentlessly wrote about the marginalized, the city streets, slums and dark alleys, using satire, dark humor, and fantasy to telling effect to highlight oppression and exploitation.

Bhattacharya occupies an uneasy place in the pantheon of Bengali greats—celebrated, disillusioned, and most subversive.
— The Indian Express

Swift and strange, Harbart tells the story of its titular character, an orphan whose life is characterized by loss and longing: a sweeping view of the richness and the turmoil of Bengali culture, literature, and politics in the twentieth century.

A remarkable resurrection, one that erupts full-blooded, alive with laughter, stink and rage.
— John Domini - The Washington Post

An astonishing novel, zany, terrifying, and liberating in equal measure, by a
writer who was a visionary.
— Siddharta Deb