The Plum Tree Blossoms Even in Winter (Hardcover) 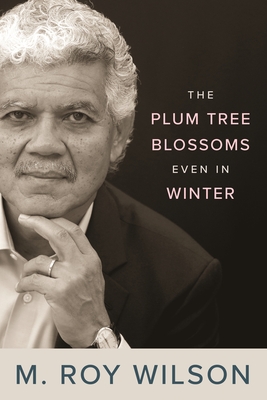 From a childhood marked by loneliness and want, M. Roy Wilson forged an extraordinary life of accomplishment and acclaim. His accomplishments include the presidencies of four universities, dean of two medical schools, and deputy director of one of the National Institutes of Health's twenty-seven Centers and Institutes. Through this inspiring and deeply personal story of struggle and success, Wilson shares insights gleaned through his life experiences, many of which helped others reach their highest potential as students, faculty, physicians and people.

Born to a Japanese mother and Black father, much of M. Roy Wilson's childhood in Japan was marked by parental absence, sexual abuse, extended periods as a runaway, physical confrontations and frequent moves. He was often forced to play the role of caregiver to his younger sister, and together they grew to depend on each other for support until their teenage years. Under the guidance of his high school English teacher, Wilson turned his life around and obtained an MD from Harvard Medical School. His adult life as a physician was ironically beset with significant health challenges, including diagnoses of cardiomyopathy that rendered him uninsurable, a potentially blinding eye disease, and cancer that at first was thought to be terminal. Having developed a veneer of invulnerability as a child, he kept these medical diagnoses a secret until now. Like the plum tree that blooms even during dark and dreary times, Wilson overcame his childhood challenges and later, his health issues, to achieve distinction in medicine, higher education, and global health research. The journey to this unlikely outcome is an engrossing tale of outside forces that shape racial and cultural identity, the importance of mentorship and friendship, and the lasting impact of an unstable and often heartbreaking family dynamic.

Dr. M. Roy Wilson is chancellor emeritus of the University of Colorado Denver and Health Sciences Center and the twelfth president of Wayne State University. Previously, he was dean of the School of Medicine at Creighton University, where he was the youngest medical dean in the country and the second African American dean of a non-HBCU medical school; president of the four campus Texas Tech University Health Sciences Center; dean of the medical school, president, and chair of the board of directors of Charles Drew University of Medicine and Science; and deputy director of strategic scientific planning and program coordination at the National Institute on Minority Health and Health Disparities at the NIH.