Chroma: A Book of Color (Paperback) 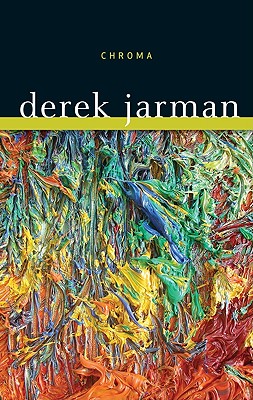 Chroma: A Book of Color is a meditation on the color spectrum by Britain’s most controversial filmmaker. From the explosions of image and color in Edward II, The Last of England, The Garden, and Wittgenstein, to the somber blacks of his collages and tar paintings, Derek Jarman has consistently used color in unprecedented ways. In his signature style, a lyrical combination of classic theory, anecdote and poetry, Jarman takes the reader through the spectrum, introducing each color as an embodiment of an emotion, evoking memories or dreams.

One of England’s foremost filmmakers, Derek Jarman (1942–1994) wrote and directed several feature films, including Sebastiane, Jubilee, Caravaggio, and Blue, as well as numerous short films and music videos. He was a stage designer, artist, writer, gardener, and an outspoken AIDS and queer rights activist in the UK and the United States. He is the author of several books, among them Modern Nature, available from the University of Minnesota Press.