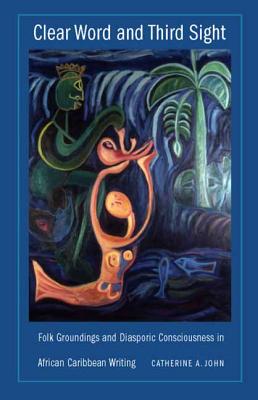 Clear Word and Third Sight examines the strands of a collective African diasporic consciousness represented in the work of a number of Black Caribbean writers. Catherine A. John shows how a shared consciousness, or "third sight," is rooted in both pre- and postcolonial cultural practices and disseminated through a rich oral tradition. This consciousness has served diasporic communities by creating an alternate philosophical "worldsense" linking those of African descent across space and time.

Contesting popular discourses about what constitutes culture and maintaining that neglected strains in negritude discourse provide a crucial philosophical perspective on the connections between folk practices, cultural memory, and collective consciousness, John examines the diasporic principles in the work of the negritude writers L on Damas, Aim C saire, and L opold Senghor. She traces the manifestations and reworkings of their ideas in Afro-Caribbean writing from the eastern and French Caribbean, as well as the Caribbean diaspora in the United States. The authors she discusses include Jamaica Kincaid, Earl Lovelace, Simone Schwarz-Bart, Audre Lorde, Paule Marshall, and Edouard Glissant, among others. John argues that by incorporating what she calls folk groundings-such as poems, folktales, proverbs, and songs-into their work, Afro-Caribbean writers invoke a psychospiritual consciousness which combines old and new strategies for addressing the ongoing postcolonial struggle.

Catherine A. John is Assistant Professor of African Diasporic Literature at the University of Oklahoma.