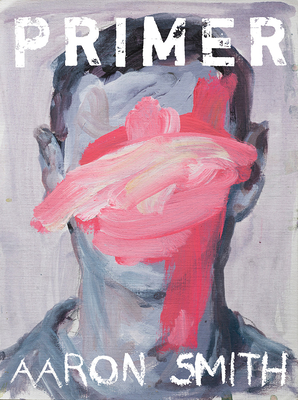 In his third poetry collection, Primer, Aaron Smith grapples with the ugly realities of the private self, in which desire feels more like a trap than fulfillment. What is the face we prepare in our public lives to distract others from our private grief?

Smith's poetry explores that inexplicable tension between what we say and how we actually feel, exposing the complications of intimacy and the limitations of language to bridge those distances between friends, family members, and lovers. What we deny, in the end, may be just what we actually survive.

Mortality in Smith's work remains the uncomfortable foundation at the center of our relationship with others, to faith, to art, to love as we grow older, and ultimately, to our own sense of who we are in our bodies in the world.

Aaron Smith is the author of Appetite and Blue on Blue Ground, winner of the Agnes Lynch Starrett Poetry Prize, and the chapbooks Men in Groups and What's Required. His work has appeared in a number of literary magazines, including Ploughshares and Prairie Schooner, and The Best American Poetry 2013. He is associate professor of creative writing at Lesley University in Cambridge, Massachusetts.

"This third collection from Smith (Appetite) is the kind of book one is tempted to call 'unflinching,' except that, in fact, the poems seem to flinch all over—to recoil, in a manner that is thrillingly moving, from their self-exposure. In plain-spoken poems that come starkly to terms with the early formation of a gay identity and the legacy of a painful family life, Smith finds pleasure in pain and pain in pleasure: 'My fist smashed the bone/ in his nose. A week before he’d stayed at my house,// tried to kiss me, touch my underwear.../.../ I like the way his lip opened under my fist./ I liked the way it felt to be a man.' Elsewhere, plenty of other demons are confronted, including suicidal tendencies ('Aaron Smith killed himself/ because he worried about parking./ I wish that was as funny as it sounds') and illness: 'When you were sick/ I made a list of people I wished would die/ instead./.../ ...I didn’t feel/ guilty or afraid. I knew words/ wouldn’t change a thing.' But the book circles back again and again to a father figure as reviled as he is beloved, a source of strength and pain. Smith struggles to clearly see himself and his relation to others in these poems; readers may find their paths illuminated by his flickering  light."
—Publishers Weekly

“Smith’s third collection rides the razor’s edge between violence and vulgarity, divulging scenes of uncensored sexuality and exposing the dangerous rigidity of traditional masculinity. In ‘Homosexuality,’ the speaker’s father laments the fate of an albino deer, ‘eyes / pink, white fur, a reverse // shadow,’and comments on the cruelty of nature for creating an animal that is ‘unable / to hide when hiding // is how it survives.’ Smith’s poems are abundantly nuanced, a catalog of desire and innuendo, limned with humor. ‘Poem For Straight Guys’ expresses playful gratitude to young men who transformed the locker rooms of his youth into sanctuaries instead of the mortuaries they so often threaten to be for gay teenagers. For all its unabashed bawdiness, the true heart of the book belongs to “Blue Exits,” a reflection on suicide, and ‘This Unknown Buried in the Known,’ written in memory of the late poet Irene McKinney. A frighteningly gifted and complex poet, Smith should be read together with Randall Mann and D. A. Powell as well as novelist Justin Torres.”
—ALA Booklist

“Aaron Smith has always been a frank, uproarious poet, but his poems have also always exuded a blue that’s simultaneously melancholy and bawdy. Primer sharpens his seemingly paradoxical blend of vigor and vulnerability. These marvelous poems are confrontational not simply for readers, but for the poet/self kissing the window between light and darkness, splendor and despair. Aaron Smith writes with more provocativeness and compassion than any poet of his generation.”
—Terrance Hayes

“Shame is the crux, in Smith’s austere poems; an aching, inescapable force that closes the gay boy into his own body, making sex abject, until ‘there’s not enough city // to fill you up.’ The world may have changed, but we can’t help but carry into the new life the ineradicable weight of the past.”
—Mark Doty