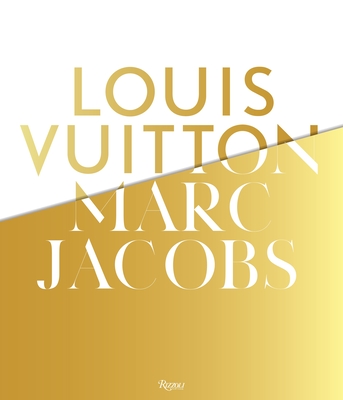 This fascinating publication presents the roles two men have played in turning a small workshop in nineteenth-century Paris into one of the most successful and recognized brands in the world.

Known for both craftsmanship and must-have high design, Louis Vuitton the luxury house was started by its eponymous founder in 1854. The first half of this publication traces the innovations by Vuitton, who turned the little-known guild profession of emballeur (packer) into the foremost luxury trunk maker in Paris, with a clientele that included in his lifetime the French nobility as well as the elite of a prosperous empire. Prime and never-before-seen examples of Vuitton’s craftsmanship, along with the fashion that went into them, are the highlights of these chapters. The second half of the book examines the role of Marc Jacobs as Louis Vuitton’s creative director (since 1997), who took the Louis Vuitton house into a new era with a series of collaborations with artists and designers—such as Takashi Murakami, Richard Prince, and Stephen Sprouse—as well as designing a line of highly successful and desired clothing for the company.

By examining two divergent but often similar careers one hundred years apart, Louis Vuitton / Marc Jacobs is not only a layered study of the evolution of a luxury brand in the past 150 years but also a celebration of technical and design innovations in the new century.

Pamela Golbin is the chief curator of twentieth-century and contemporary fashion and textiles at Les Arts Décoratifs in Paris. She is the author of Madeleine Vionnet and Valentino: Themes and Variations.

"For those who can’t travel to Paris to see the current exhibit, Louis Vuitton/Marc Jacobs chronicles the storied past and present of the fashion powerhouse." ~Harper's Bazaar

"Presenting an array of antique pictures mixed with essays from its top tastemakers, the book is a testament to how prominent the brand remains to be within the fashion industry." ~Fashionotes.com

"...chock full of glossy pics, editorial throwbacks, and a little bit of history about both the men that shaped fashion beyond comprehension." ~ Refinery29.com