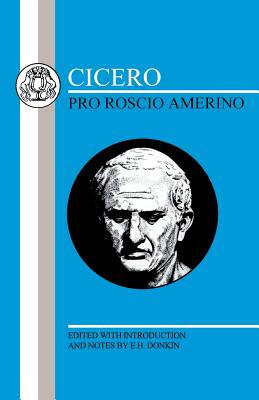 Cicero's speech on behalf of Roscius of Ameria in Umbria represents his first public 'cause celebre' in 80 BC when he was just twenty-six. It followed closely the notorius proscriptions made under hte dictator Sulla. One of Sulla's freedman favourites, Chrysogonus, had criminally contrived to have Roscius' wealthy father's name added to the list of the proscribed after his death and after closure of the list, with the aim of depriving Roscius of his substantial inheritance. Cicero's speech, one of his most straightforward and yet powerful, brought him into immediate political danger but at the same time established him as a fearless forensic orator.

Donkin's edition, first published as one of the history 'red Macmillan' series, has never been bettered for its concise, yet detailed, introduction and its annotation covering matters of language and content.