Desert of the Heart (Paperback) 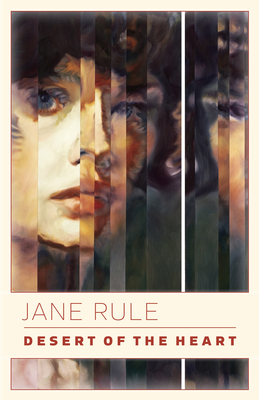 When Jane Rule's first novel, Desert of the Heart, was published in 1964, it was an auspicious beginning for a writer who would build a reputation on her unflinching views about sexuality, relationships and the painful constrictions of societal convention. Even more astonishing is the way in which the novel has retained its cool quiet beauty and power of expression decades later.

Evelyn Hall is a literature professor who travels to Reno, Nevada in the summer of 1958 in order to obtain a divorce and thus put an end to her disastrous sixteen-year marriage. She is divorcing her husband on the advice of his psychiatrist because, this being the '50s, he believes that Evelyn's success is causing her husband's depression. During her six-week stay at a boarding house (a residency requirement) Evelyn meets Ann Childs.

At once, the narrative enters an aesthetic space that calls to mind the mythical preoccupations of Thomas Mann, the philosophical speculations of Frederich Nietzsche, the artistic theories of Camille Paglia, and the wry ironic humour of Iris Murdoch. They rapidly become aware of an increasing tension, arising in part from the generational gap between Evelyn and this young woman who bears a striking physical resemblance to her.

As for Ann, she is most alluring in her representation of freedom to Evelyn, from her innate artistic prowess to her unconventional liaisons amid the smoky nocturnal backdrop of casino life. And once these women have found the promise of a significant relationship, Rule's rather open-ended question is whether or not it can survive the toxic atmosphere, not simply of an unruly gambling town, but of the past sorrows and hardships each of the characters is attempting to put behind them.

The title derives from W.H. Auden's elegy for Yeats--"In the desert of the heart / Let the healing fountain start."

Jane RuleJane Rule was born in New Jersey in 1931 and came to Canada in 1956, where she later taught at the University of B.C. Her first novel, Desert of the Heart (1991), was made into a movie in the 1980s. Rule emerged as one of the most respected writers in Canada with her many novels, essays and collections of short stories including Theme for Diverse Instruments (1975). Rule passed away in 2007.