Amazon Autopilot: How to Start an Online Bookselling Business with Fulfillment by Amazon (Fba), and Let Them Do the Work (Paperback) 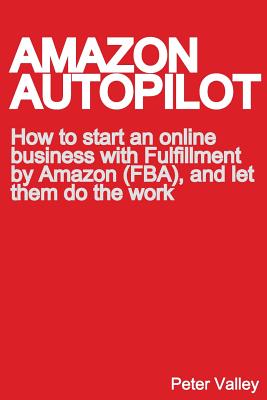 NEW: Updated for 2016 Amazon Autopilot is the most comprehensive book to date on selling books and media through Amazon's FBA program, letting them store and ship your inventory while you make money in your sleep.

Peter Valley did over $130,000 in sales his first year with Fulfillment by Amazon (FBA). In this book, he details the system that put $85,000 into his bank account selling used books and media.

Valley describes his online selling secrets for giving Amazon a larger cut of the sale, while doubling your income. In step-by-step detail, Amazon Autopilot explains in simple terms how to build your online empire, and let Amazon do the heavy work.

This is the book non-FBA sellers have been waiting for (and one existing FBA sellers hoped would never be written) - the first book to reveal all the secrets for making big money selling books through Fulfillment by Amazon.