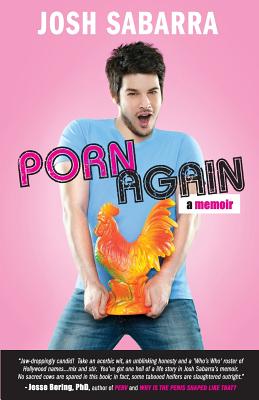 Tormented by schoolmates for being "different," Josh clung to his aberrantly close relationships with a small circle of adult females. But, even with that support, the shame and contempt that grew from his sexuality locked him in a prison of self-hate that robbed him of an emotional and sexual identity for more than three decades. Movie studio jobs, through which he met celebrity idols, led to friendships and relationships with some of the industry's most notable characters. Those intimacies created a false sense of acceptance and approval, requiring that he continue to up the stakes - celebrity lovers, the crazy world of online dating, sexual fetishists and porn stars-for-hire.

The gay best friend you always wanted, Josh Sabarra delivers a whip-smart, poignant memoir set against a glittering backdrop that is at once heartbreaking, glamorous, sexy and hilariously honest.

ABOUT THE AUTHOR: Josh Sabarra is a veteran marketing executive and television producer who has held positions at The Walt Disney Company, Warner Bros. Studios, Miramax Films, New Line Cinema and Lifetime Networks. He resides in Los Angeles, California, where he is the president and CEO of his own public relations firm, Breaking News PR. This is his first book.