Confessions of a Working Girl: or How to get Laid (Off) (Paperback) 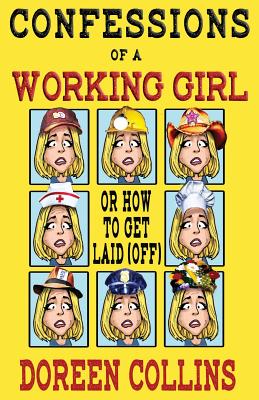 In Confessions of a Working Girl or How to Get Laid (Off), hilarious standup comedian and unorthodox mom Doreen Collins keeps her sense of humor while job-hopping and reinventing herself. She's deejayed at the disco, served doughnuts at Dunkin', sold vacuum cleaners door to door, and worked the drag queen revue circuit. Doreen's been hired, fired, promoted, demoted, dissed, dismissed -- and she's also quit Never afraid to work hard or tell it like it is, Doreen kept her family fed and sheltered, paid for three weddings (all hers), and learned a lot about how to deal with all kinds of people. She was almost crowned Mrs. Rhode Island -- and somehow still walked away with the tiara