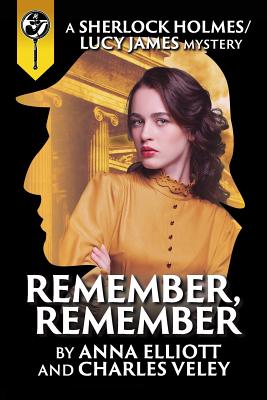 By Anna Elliott, Charles R. Veley
$16.99
Usually arrives at our store within 4-7 days

This is book number 3 in the Sherlock Holmes and Lucy James Mystery series.

A lovely young American actress has a major problem.
It's a cold morning in 1897 when she awakens outside the British Museum, lying face down on the concrete pavement. She has no memories. She does not even know who she is, although she has a vague recollection of the name Sherlock Holmes. She thinks she may have just killed someone, and she knows someone wants to kill her. As she searches for clues to her true identity, she will learn that she is not the only target.
Pick up this fast-paced, romantic mystery thriller today
The Sherlock and Lucy series has been recommended by The Library of Clean Reads.