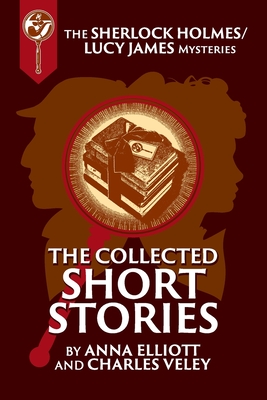 By Anna Elliott, Charles Veley
$17.99
Usually arrives at our store within 4-7 days

This is book number 16 in the Sherlock Holmes and Lucy James Mysteries series.

A baffling murder. A master criminal. Have the world's greatest detective and his intrepid American daughter finally met their match?

Seven short stories published in one volume for the first time, featuring Sherlock Holmes and his long-lost daughter.

Sherlock Holmes and Lucy James have become a formidable family crime-fighting team. But one murderous woman has evaded their grasp. And when they're called to London's Olympia Theatre to investigate the strange death of a circus clown, they quickly discover their cunning foe has struck again.

Tracking the enigmatic killer through London Zoo, a fancy-dress ball, and a sinister occult organization, the erudite duo stays hot on her heels. Each time they close in, a powerful criminal mastermind intervenes, and she slips through their fingers. But failing to bring their enemies to justice may cost them the one thing they both hold dear...

Can Holmes and Lucy catch a monster, or is this the evildoer who will defeat them at last?