Hope of Ages Past: An Epic Novel of Faith, Love, and the Thirty Years War (Paperback) 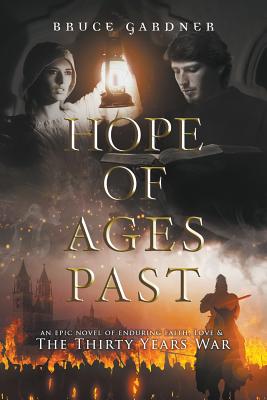 AD 1618 -- Post-Reformation Central Europe is on the verge of a cataclysmic new religious conflict--the Thirty Years War--that will ultimately lead to the deaths of eight million and the dramatic alteration of European civilization.

When Peter Erhart, a young German Lutheran, comes to the aid of a frightened Catholic boy named Hans Mannheim on the day of the war's outbreak in Prague, he embarks on a life journey that will severely test his courage, humanity, and faith. A decade later, Peter, now married and pastoring in Magdeburg, Germany, sees this test begin in earnest when powerful rivals threaten his career and the war engulfs the city.

As the Catholic imperial army approaches, Peter encounters Anna Ritter, a peasant girl of uncommon beauty and wit who has secretly adored him for years. Each must fight bravely for survival of their families and friends when local villains invade countryside cottages and the army, led by an awe-inspiring Black Knight, besieges the city.

At the pinnacle of their trial, unthinkable tragedy unites Peter and Anna and links their fates with Hans, now a grown man with a reputation to prove. Will faith and forgiveness prevail over despair and death when the three face together their ultimate test in the siege's horrific aftermath?

Recalling one of the last times and places in history when religion and state were inseparable, where warrior kings and ambitious nobles personally led their armies in battle, and fully armored knights fought to preserve the honor of their dying tradition, Hope of Ages Past captures the reality of 17th Century religious war in a compelling story of faith and love--a story that, once begun, will be hard for the reader to put down.