The Design of Active Crossovers (Hardcover) 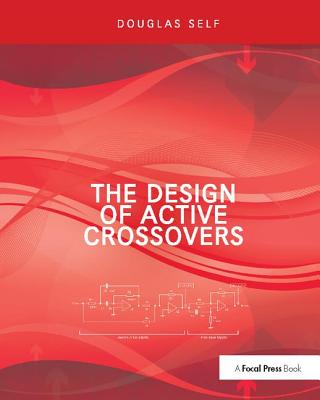 The Design of Active Crossovers is a unique guide to the design of high-quality circuitry for splitting audio frequencies into separate bands and directing them to different loudspeaker drive units specifically designed for handling their own range of frequencies. Traditionally this has been done by using passive crossover units built into the loudspeaker boxes; this is the simplest solution, but it is also a bundle of compromises. The high cost of passive crossover components, and the power losses in them, means that passive crossovers have to use relatively few parts. This limits how well the crossover can do its basic job. Active crossovers, sometimes called electronic crossovers, tackle the problem in a much more sophisticated manner. The division of the audio into bands is performed at low signal levels, before the power amplifiers, where it can be done with much greater precision. Very sophisticated filtering and response-shaping networks can be built at comparatively low cost. Time-delay networks that compensate for phyical misalignments in speaker construction can be implemented easily; the equivalent in a passive crossover is impractical because of the large cost and the heavy signal losses. Active crossover technology is also directly applicable to other band-splitting signal-processing devices such as multi-band compressors. The use of active crossovers is increasing. They are used by almost every sound reinforcement system, by almost every recording studio monitoring set-up, and to a small but growing extent in domestic hifi. There is a growing acceptance in the hifi industry that multi-amplification using active crossovers is the obvious next step (and possibly the last big one) to getting the best possible sound. There is also a large usage of active crossovers in car audio, with the emphasis on routing the bass to enormous low-frequency loudspeakers. One of the very few drawbacks to using.