To Hold Up the Sky (CD-Audio) 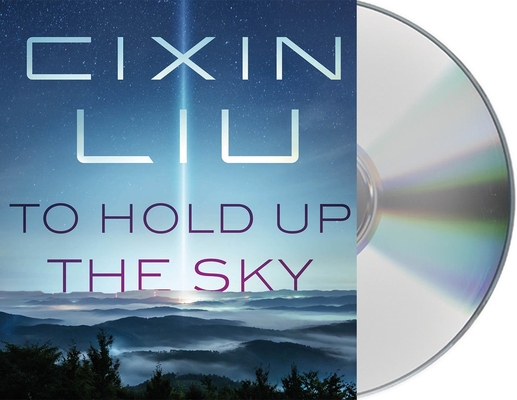 From New York Times bestselling author Cixin Liu comes a short story collection of captivating visions of the future and incredible re-imaginings of the past.

In To Hold Up the Sky, Cixin Liu takes us across time and space, from a rural mountain community where elementary students must use physicas to prevent an alien invasion; to coal mines in northern China where new technology will either save lives of unleash a fire that will burn for centuries; to a time very much like our own, when superstring computers predict our every move; to 10,000 years in the future, when humanity is finally able to begin anew; to the very collapse of the universe itself.

Written between 1999 and 2017 and never before published in English, these stories came into being during decades of major change in China and will take you across time and space through the eyes of one of science fiction's most visionary writers.

Experience the limitless and pure joy of Cixin Liu's writing and imagination in this stunning collection.

Winner of the prestigious Audie Award (for History and Audio Drama), veteran actor Robert Fass is equally at home in a wide variety of styles, genres, characters, and dialects. A seven-time Audie nominee with over 100 unabridged audiobooks to his credit, Robert has also earned multiple Earphones Awards, including for his narration of Joe Golem and the Drowning City by Mike Mignola and Christopher Golden. Robert has given voice to modern and classic fiction writers alike, including Ray Bradbury, Joyce Carol Oates, John Steinbeck, Carlos Fuentes, Isaac Asimov, Ellery Queen, Steve Berry, Jeffrey Deaver, and Nele Neuhaus, plus bestselling nonfiction works in history, politics, health, journalism, philosophy, and business.

Praise for the Three-Body trilogy