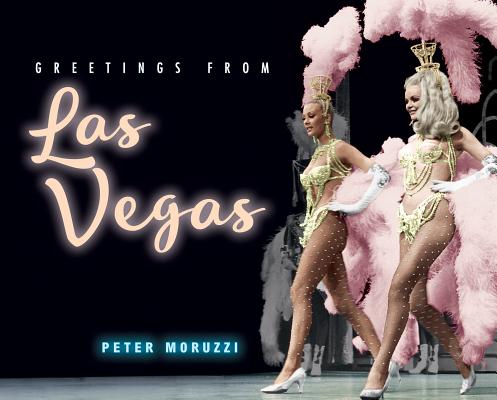 A curated vintage ephemera tour of Las Vegas through the first half of the twentieth century as it blossomed out of the desert sands into an entertainment mecca.

The story of early to mid-twentieth-century Las Vegas in its gilded age as told through a fun and diverse collection of old photos, picture postcards, matchbooks, ads, and other vintage ephemera. Featured are classic glimpses of Fremont Street and the world-renowned Las Vegas Strip, landmarks such as the Sands and Riviera hotel casinos, and the cream of Hollywood glitterati, including Frank, Sammy, Dino, and the Rat Pack. Author Peter Moruzzi's sharp, witty, and sometimes irreverent commentary accompanies the visual treats and provides a unique historical take on the evolution of this desert playground.

Peter Moruzzi was born in Concord, Massachusetts, and raised in Hawaii. He graduated from the University of California at Berkeley and later attended the American Film Institute in Los Angeles. In 1999 he founded the Palm Springs Modern Committee (PS ModCom), an architectural preservation group. Residence: Palm Springs, California.