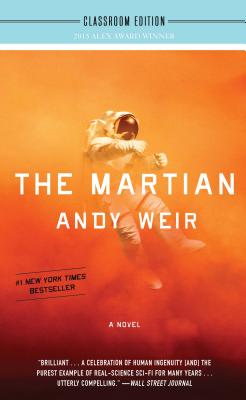 Six days ago' astronaut Mark Watney was one of the first people to walk on Mars. Now' he'll be the first person to die there. After a dust storm nearly kills him and forces his crew to evacuate while thinking him dead' Mark is stranded alone with no way to even signal Earth. Even if he could' he wouldn't last until rescue arrived. Chances are' though' he won't starve -- so many other things are likely to kill him first. But Mark isn't ready to give up yet.