The Shīʿī Past in the Great Book of the Songs (Hardcover) 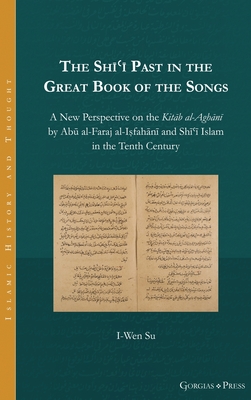 The Kitāb al-Aghānī (the Book of Songs) is one of the most important sources for Arabic literature and Islamic history. It was compiled during the first half of the tenth century - a pivotal period for the formation of the Islamic sectarian identities, which is the subject of keen and ongoing scholarly debate and fundamental to understanding of the later Shīʿī Islam. While its compiler, Abū al-Faraj al-Iṣfahānī (died after 356/967), is generally viewed as a "Zaydī Shīʿī", no study has engaged in depth with the manifestation of his sectarian perspective in the Aghānī. This book addresses the question of whether al-Iṣfahānī's sectarian perspective can be discerned in the Aghānī via analysis based primarily upon redaction criticism. By examining the compiler's interventions, this book argues that al-Iṣfahānī to some extent presents past people and events central to the Shīʿī worldview in accordance with his sectarian affiliation. Furthermore, this work questions the label "Zaydī" that has been attached to al- Iṣfahānī. Based on textual analyses of the Aghānī, as well as on evidence from his Maqātil al-Ṭālibīyīn ("The Ṭālibid Martyrs") and other evidence from the tenth- century context, this book suggests that al-Iṣfahānī's religious thought can be construed as a "mild" form of Shīʿism ― in the sense that it entail neither belief in a specific lineage of imams nor repudiation of most of the Companions including the first three caliphs ― but cannot necessarily be identified with any sect, as set down in the heresiography. It is also suggested that this kind of Shīʿism may have been promoted by al-Iṣfahānī's patron, the Būyid vizier, Abū Muḥammad al-Muhallabī (291-352/903-963), in the complex sectarian context of mid-tenth- century Iraq.