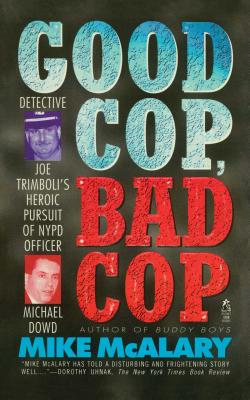 Award-winning journalist Mike McAlary pulls the curtain and reveals the details of a disturbing case of police corruption based on the confession of NYPD officer Michael Dowd and the testimony of Sergeant Joseph Trimboli, the detective investigating the case and a key witness.

For NYPD Det. Sgt. Joseph Trimboli, the witness as the 1933 Mollen Commission hearings on police corruption, vindication had arrived. His heroic five-year investigation of Dowd was finally being recognized.

Against the backdrop of the NYPD’s “blue wall of silence,” McAlary tells the compelling story of a cop intoxicated by the power his badge conferred, the man willing to sacrifice everything to put him away, and a police department on the brink of chaos.

Mike McAlary (1957–1998) was a Pulitzer Prize winning journalist who worked at the New York Daily News for twelve years. He is most known for exposing the torture of Aber Louima by New York police officers in a Brooklyn precinct.