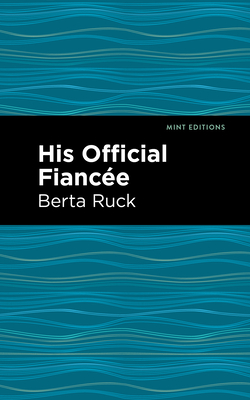 His Official Fianc e (1914) is a romance novel by Berta Ruck. After a decade of publishing stories in literary magazines, Ruck released her first novel to popular acclaim. Adapted for a 1919 silent comedy film starring Vivian Martin and Forrest Stanley, His Official Fianc e is a satirical tale of love, work, and modern life. To his employees, William Waters is a demanding boss who micromanages every aspect of their daily work. Beyond his back, he is known as "Still Waters," a reference to his robotic nature and seemingly stagnant love life. When Monica Trant, a typist, is called into his office, she fears the worst. To her surprise, however, Waters makes a strange proposition. "'I wish to find someone who, to outward appearances, could take the place of my fianc e; could go about with me, stay at my home, and be introduced all round as the girl I meant to marry. She must understand from the very beginning that it was absolutely a matter of business; that the so-called "engagement" would terminate at the end of the year.'" Hesitant at first, Monica is in no position to turn down a better job and agrees to his request. As days turn to weeks, weeks into months, she realizes that her role has given her an opportunity to gain control of a man who has controlled so much of her own life. Dedicated to the running of his business, Waters has left himself completely vulnerable in his life at home. With a beautifully designed cover and professionally typeset manuscript, this edition of Berta Ruck's His Official Fianc e is a classic of British romance literature reimagined for modern readers.