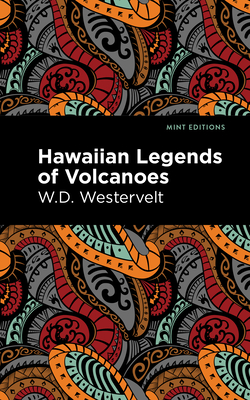 Hawaiian Legends of Volcanoes (1916) explores Hawaiian folktales and myths collected by W. D. Westervelt. Connecting the origin story of Hawaii to the traditions of other Polynesian cultures, Westervelt provides an invaluable resource for understanding the historical and geographical scope of Hawaiian culture.

Beginning with the origin story of Pele, the goddess of volcanoes, Westervelt introduces his groundbreaking collection of legends on the volcanic nature of the Hawaiian Islands. When the goddess Pele comes to the island of Hawaii seeking a permanent home, she finds Ai-laau, another god of fire, already in possession of the territory.

Despite his fearsome power over creation and destruction, Ai-laau disappeared the moment he became aware of Pele's presence. Having traveled across the limitless ocean, her name was already known far and wide, along with her reputation for strength, anger, and envy. Establishing herself within the crater of Kilauea, Pele quickly took command over the gods, ghost-gods, and the people inhabiting the islands. Central to Hawaiian history and religion, Pele continues to be celebrated in Hawaii and across the Pacific today.

With a professionally designed cover and manuscript, this edition of W. D. Westervelt's Hawaiian Legends of Volcanoes is a classic of Hawaiian literature reimagined for modern readers. Add this beautiful edition to your bookshelf, or enjoy the digital edition on any e-book device.