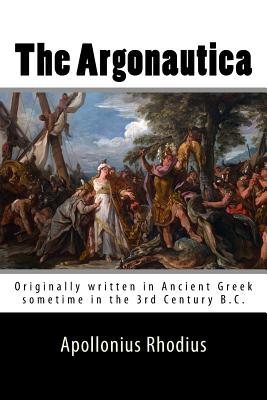 The Argonautica
Apollonius Rhodius (3rd Cent. - 3rd Cent.) The story of how Jason and a group of famous heroes of Greece took to sea in the Argos has been told many times, before and after Apollonius of Rhodes, wrote his Argonautica, in the 3rd century b.C.. It is not only the oldest full version of the tale to arrive to our days, but also the only extant example of Hellenistic epic. This was already a popular myth by the times of Apollonius, who makes the story of how Jason and the Argonauts sail to Colchis in search of the Golden Fleece, and have to go through a lot of adventures to fulfill their task, a mix of simple narrative and scholarly catalog. The Argonautica had a deep impact on European literature as a whole.