That Summer of '74 (Paperback) 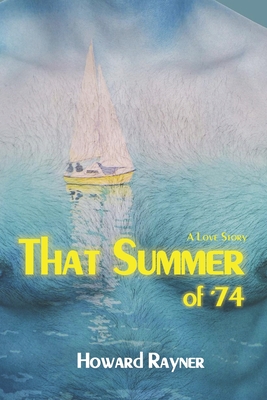 Take a trip back to the seventies with a love story that will sweep you off your feet and into the turquoise waves of the California coast.

Alex Morgan, a 28-year-old artist living in Sunset Cove, has spent the past two summers working as a lifeguard to support his art career. Frustrated and feeling unfulfilled, he begins to lose faith in his talent and wonders if another summer will slip by in a blur of martinis, surfing, and sexual frustration. All that changes, however, when Rick Stradman, the charming but neurotic son of a Hollywood movie producer, offers to rent a room in his beach house for the summer. After initial friction, Alex is gradually seduced by Rick's madcap world of movie stars, Bel Air mansions, and, despite fighting their growing attraction, by Rick himself. Over a long, hot summer. their secret affair grows increasingly passionate, but also increasingly complicated as the pressures of fame, family, and 1970s prejudice test the strength of their love. Set against the backdrop of LA's modern art scene and Hollywood TV drama, "That Summer of '74" is an uplifting and emotional story about the joy, pain, and timelessness of true love.