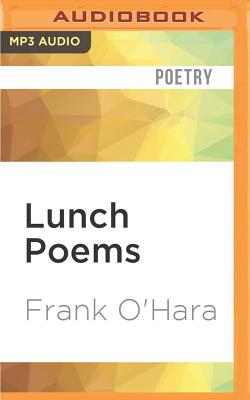 Frank O'Hara was a pioneering modern American poet and playwright - an art critic, a musician, and a curator at the Museum of Modern Art - who defined New York City in its post-WWII heyday. For many these poems defined the city's midcentury zeitgeist. Lawrence Ferlinghetti, in remarks on the 50th anniversary edition, said that the poems "established a certain tone, a certain turn of phrase, a certain urbane wit, at once gay and straight, that came to identify the New York school of poets in the 1960s and '70s."