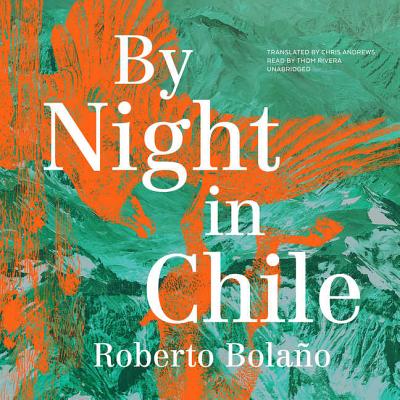 A deathbed confession revolving around Opus Dei and Pinochet, By Night in Chile pours out the self-justifying dark memories of the Jesuit priest Father Urrutia.

As through a crack in the wall, By Night in Chile's single night-long rant provides a terrifying, clandestine view of the strange bedfellows of church and state in Chile. This wild, eerily compact novel-Roberto Bolano's first work available in English-recounts the tale of a poor boy who wanted to be a poet but ends up a half-hearted Jesuit priest and conservative literary critic, a sort of lapdog to the rich and powerful cultural elite, in whose villas he encounters Pablo Neruda and Ernst Junger. Father Urrutia is offered a tour of Europe by agents of Opus Dei to study the disintegration of the churches-a journey into realms of the surreal-and, ensnared by this plum, he is next assigned, after the destruction of Allende, the secret never-to-be-disclosed job of teaching Pinochet, at night, all about Marxism, so the junta generals can know their enemy. Soon, searingly, his memories go from bad to worse.

Heart-stopping and hypnotic, By Night in Chile marked the American debut of an astonishing writer.